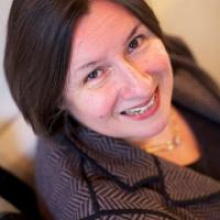 Eefke Smit is the Director of Standards and Technology of the International STM Association, an international trade body for publishing organisations. She has more than 20 years of experience in the academic and professional publishing sector, having become involved in digital publishing as an early pioneer. In the first decade of this century, she held personal responsibility for several large internet platforms and search solutions for researchers that continue to define scholarly communications today. Since 2010, then on behalf of STM, she became actively involved in a whole range of research data initiatives.

During her career, especially as a science publisher, Eefke has worked closely with several different research communities: Computer Science and Engineering, Mathematics, Physics and Astronomy, Life Sciences. Her background is in Public Policy and Business Administration with Technology as its central focus. Eefke started her working life (in the eighties of the last century) as a newspaper journalist writing about research and development for the Dutch national newspaper NRC Handelsblad.

Since 2010, Eefke has been actively involved in Research Data and how to make those FAIR. On behalf of STM she was participant in and co-author of the end-report of various multi-stakeholder projects: the EU project ODE (Opportunities for Data Exchange, 2011-2013), in PARSE (2010-2011) and in its successor APARSEN (2011 – 2014), in the NSF report “Out of Cite, Out of Mind” (NSF, 2013), and co-author of the NISO recommended best practice on Supplemental Journal Article Materials (2013) and co-author and among the first signatories of the FORCE11 Data Citation principles. She was also one of the founders and co-chairs of the RDA Interest Group Data Publishing (2014), involved in the design and establishment of the linking framework for data and publications: SCHOLIX (launched 2015 – 2016 and a RDA-working group since 2014).

As the author and co-author of several articles on this topic, her mantra is and remains the importance of linking between data and publications, developing the data-publication pyramid as a concept, stressing the principles of FAIR, identifying various drivers and barriers in data sharing, exploring peer review of research data and many more related topics.