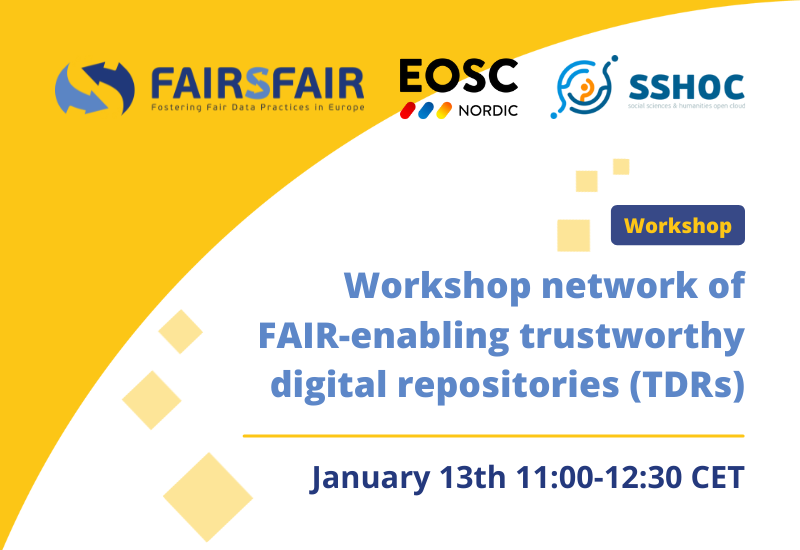 The meeting is co-organised by FAIRsFAIR, SSHOC and EOSC-Nordic. All of these projects have offered support to repositories who are seeking certification as a TDR, and are seeking to sustain the efforts. These initial groups of support providers and receivers could provide the seed for the initial establishment of such a community and could be a starting point in facilitating a European network of FAIR-enabling TDRs.

The goal of this workshop is to explore ideas and needs around the creation of a European network of FAIR-enabling Trustworthy Digital Repositories (TDRs) and identify steps to progress towards it. By design this workshop has a European angle, but in later stages similar community networking efforts should be considered as well.

The event is by invitation only

Recording of the event