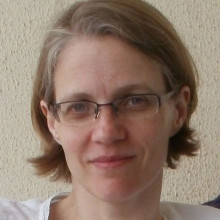 At the beginning of October, FAIRsFAIR participated in the workshop FAIR for Facilities organised the ExPaNDS project. FAIR for Facilities concentrated on what FAIR means for those working in the photon and neutron community. The workshop had attendees from across the community representing roles as diverse as instrument scientists to library staff. The session considered what is FAIR and the differences between FAIR and Open, followed by examples from facilities who are working on putting FAIR into practice. These case studies covered issues relating to the assigning of DOIs to data, data citation and the value of linking research outputs.

At the end of the session three multiple choice questions were asked of the attendees.

By far the main benefit of FAIR data was allowing data to be available for reuse for new science with over 87% of those responding stating this.

In the session presented by FAIRsFAIR “What is FAIR? Open versus FAIR – what’s the difference? The different concepts were summarised and highlighted that FAIR data doesn’t have to be open and also that open data may not be FAIR. Important distinctions that can sometimes be lost, with open and FAIR often being conflated.

The polling at the end of the session showed that the majority of attendees, who responded,  felt that  open and FAIR data were both equally relevant to their work, which implies that both FAIR and Open data have a role to play in the work of the Facilities, their researchers and staff. Whilst the majority felt both were equality relevant a large percentage felt FAIR was most relevant and only a very small number felt open data was most relevant.

However even with a positive view of the relevance of FAIR to their work, making data FAIR at facilities is not without challenges and difficulties with the three main barriers being identified as:

As much of the FAIRsFAIR work is generic in scope participating in a workshop aimed at specific community provided a different viewpoint on what FAIR means and the case studies highlighted the complexity in the practicalities of making data FAIR in facilities.  It will be interesting to follow the work of the ExPaNDS project as they continue in their ambition enable national photon and neutron research institutions to make the majority of data open following the FAIR principles.